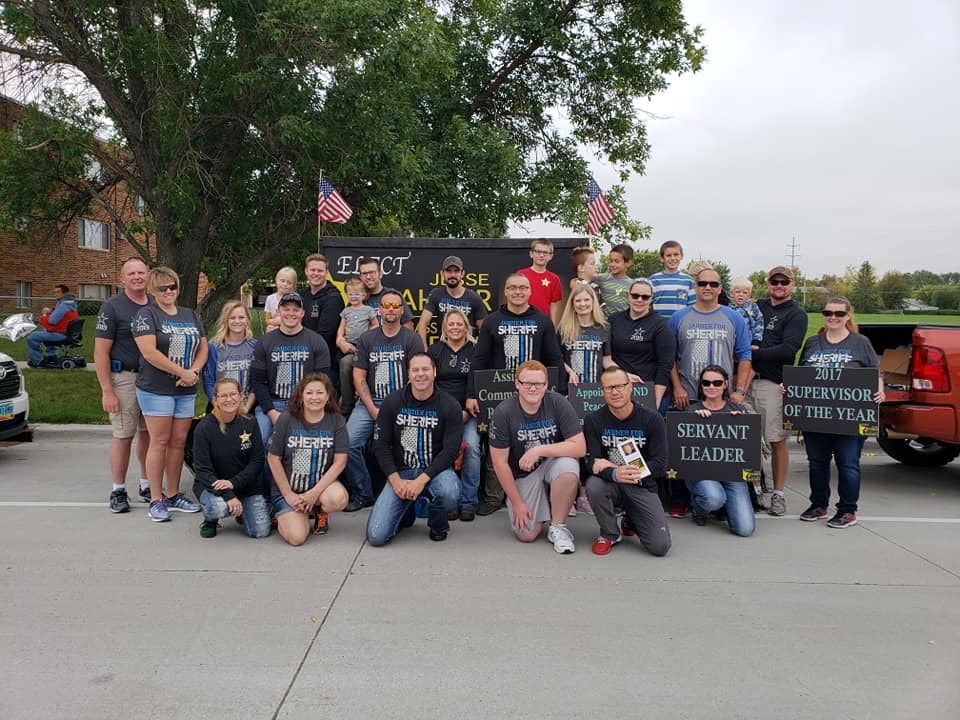 My name is Jesse Jahner. I am seeking re-election for Cass County Sheriff (North Dakota) for 2023. I am 48 years old and married to my wife, Tonya. We are residents of West Fargo and have two dogs (Trooper and Koda). I have two brothers (Jamey and Jade) and a sister (Carissa) who grew up in our family home in North Fargo.

I am a graduate of Fargo North High (1991) and North Dakota State University (1997). I hold a Bachelor of Science Degree in Humanities and Social Sciences with an emphasis in Criminal Justice.

I began my employment with the Cass County Sheriff's Office in May of 1998 in the Cass County Jail. From there I gained experience in many different areas of the Sheriff's Office to include: Correctional Officer, Licensed Peace Officer assigned to Patrol (2000), Detective /Narcotics Task Force (2006), SWAT (2002), Sergeant of Investigations (2011), Sergeant of Training Division (2011), Commander of the Corrections Emergency Response Team (CERT) (2011), Commander of the Air Boat Search and Rescue Team (2011), Chair of the Use of Force Committee (2013), Board Member at Fargo Regional Training Center (2016), Sergeant of Metro Area Street Crimes Unit (2015), Red River Valley SWAT Team Assistant Commander (2002), and Captain of Field Services Division (2016). As Captain of the Field Services Division I supervised Emergency Preparedness, Patrol, School Resource Deputy Program, Departmental Training, Use of Force, Fugitive Recovery and Special Operations. In 2018 I won the election for Cass County Sheriff and started my first term in 2019. My campaign objectives were Community and Departmental Relationships, Transparency & Education, and Public Safety & Emergency Preparedness.

During the past four years my staff and I have led through some challenging times. We have worked through a flood, times of civil unrest, pandemic, and nationwide challenges for recruiting/retention of Law Enforcement Officers. Through all of these we continue to remain forward thinking and adapt to these challenges.

In closing, I am asking for your continued support as I seek re-election for Cass County Sheriff in 2023.